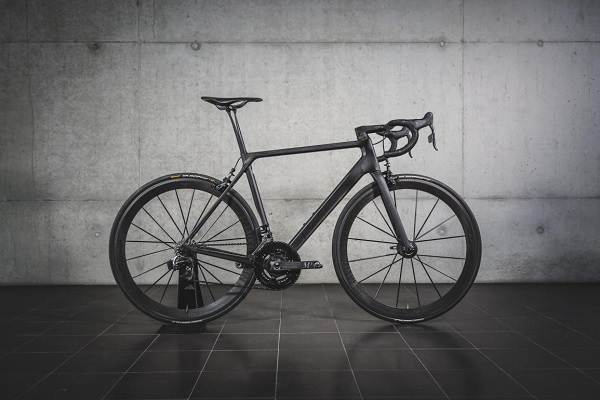 ‘‘How close can we get to creating the perfect road bike?’’

This was the question the Canyon Development Team posed themselves at the outset of the Ultimate CF EVO project. What they came up with is a groundbreaking 665 g frame and 270 g fork that do not compromise on the stiffness, comfort and durability that brought the Ultimate to the top step of Grand Tour podiums. With the new Ultimate CF EVO, Canyon has created their lightest, most technically advanced frameset ever.

From drilling holes in components, to the application of exotic metals and composites, lightness has been pursued as a key measure of road bike performance throughout the history of competitive cycling. In the 21st century, carbon blew the doors off all prior convention in bike design, opening roads for engineers to explore new forms and applications to go lighter than ever before. Low weight, however, was never the only advantage.

For over a decade, the Ultimate CF SLX has represented the pinnacle of Canyon road bike engineering. Uniting all key performance factors -- unprecedented stiffness-to-weight, energy-boosting compliance, and watt-saving aerodynamic efficiency -- the Ultimate CF SLX is heralded as one of the most complete road bikes on the scene. During the development of the latest 4th generation Ultimate CF SLX, Canyon engineers explored the potential of raising the bar of frameset performance to new levels. Combining their leading carbon expertise with state-of-the-art materials previously unused in the industry, they were able to create the Ultimate CF EVO.

The secrets behind its outstanding figures lie within an extensively optimised layup, consisting of ultra-high modulus pitch-based fibres that required special permission from the Japanese Ministry of Defence to access. These fibres enable the Ultimate CF EVO to deliver previously unheard of levels of stiffness and responsiveness at its incredibly low weight. Each part of the bike, from its fork to its seatpost to its integrated cockpit, has been subjected to the same tests and standards as the rest of the Ultimate range, to create a bike that is meant for the roads, not the trophy case.

The Ultimate CF EVO is more than just an ultra-lightweight road bike. It is a statement. It is proof of Canyon’s curiosity and commitment to pushing the limits of road bike technology and innovation in their pursuit of Engineered Perfection.